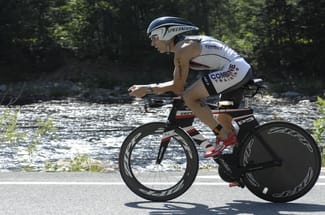 Craig Vitale is the CEO and founder of Combine Training. Craig began his athletic career as a Greenwich Cardinal at Greenwich HS. In his senior season, Craig was named First Team All-FCIAC and First Team All-State for football. Upon graduation, Craig attended the University of Tennessee to play football. After his football career at Tennessee, Craig transferred to the University of Southern Connecticut to complete his degree in Exercise Science. He began his training career at Golds Gym. He then moved to New York Sports Club and was named #1 national trainer in 2001.

He has been named All American Triathlete from 2009 to 2017 each year. Amongst his many clients, Craig trains several of the local sports teams and is the official dry land coach for the YMCA Marlin’s swim team and the three-time triple crown Darien Blue Wave boys and girls swim team. He is also the former head swim coach for Greenwich Academy girls swim team. His professional certifications include NASM, ACE, AAAI-ISMA, AFAA, Athletes Performance Mentorship, FMS 1 – 2 certified and USA Triathlon Level 1 coach. 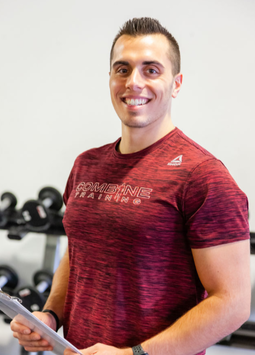 Nick’s goal is to provide a challenging training environment that will help maximize physical potential, while decreasing the risk of injury. Nick has experience working with adults and youth athletes ranging from high school to the Division I Collegiate level. Nick was a competitive swimmer and was a four-time high school All American. 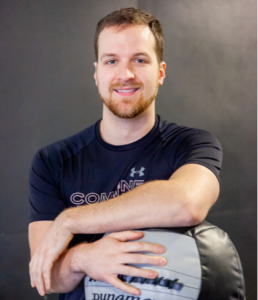 ​Jeff received his Bachelor’s of Science from the University of Connecticut in 2016. There, he studied Kinesiology with a focus in Strength and Conditioning. Upon graduating, Jeff spent two years serving as an Assistant Strength Coach for the Providence Bruins. This experience, along with his love and passion for the musculo-skeletal system, propelled Jeff to pursue an education in Massage Therapy to better assist athletes with the recovery portion of training. He completed his schooling for massage therapy in September of 2018. Jeff is a Certified Strength and Conditioning Specialist (CSCS), a Licensed Massage Therapist (LMT), and is Sport and Exercise Nutrition certified (Pn1). 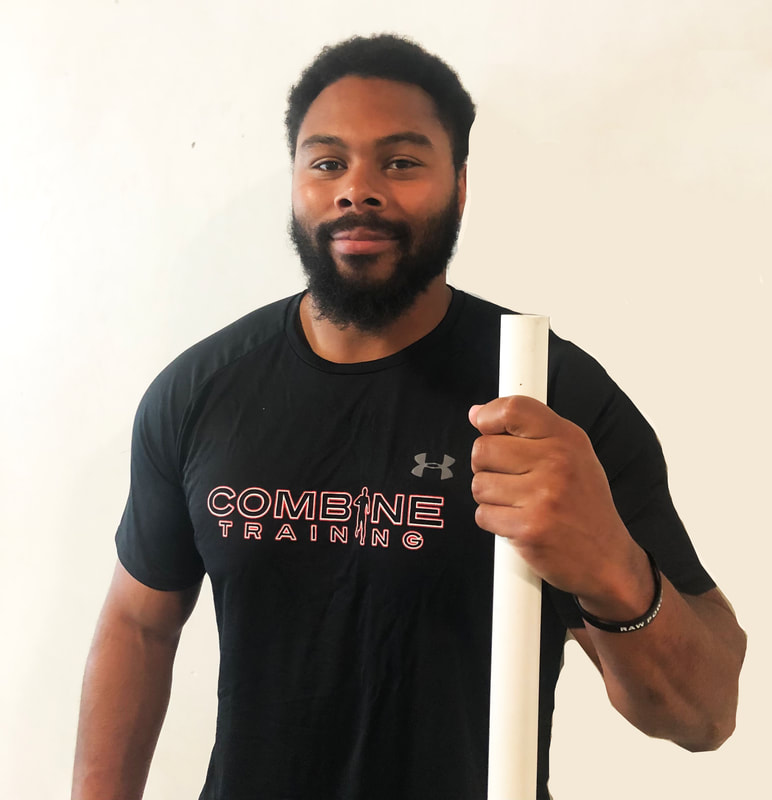 Chaz received his Bachelor of Science in Applied Exercise Science from Springfield College in 2020.  He was also a proud member of their football team. While at Springfield College, Chaz interned at Powerhouse Training and Army West Point where he worked with both Football and Men’s Lacrosse. Chaz went on to complete his Master’s degree at Merrimack College where he served as the primary Strength & Conditioning Coach for Men’s Basketball, Women’s Swimming, and Men’s/Women’s Throwing. He is a Certified Strength and Conditioning Specialist (CSCS) through the National Strength and Conditioning Association (NSCA). 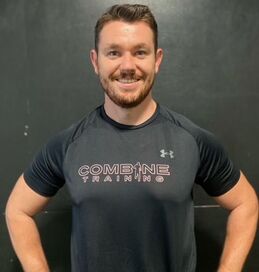 Nic is a lifelong athlete, competing in football, lacrosse, and rugby. He graduated from Central Connecticut State University with a Bachelor in Physical Education. Thereafter, his passion for coaching led him to pursue his CSCS certification and become a Strength & Conditioning Coach. For the past 6 years, Nic has been working with adult and youth athletes from a variety of sports and backgrounds around the world. His goal is to help athletes and individuals reach their full athletic potential through smart, effective physical and mindset training. 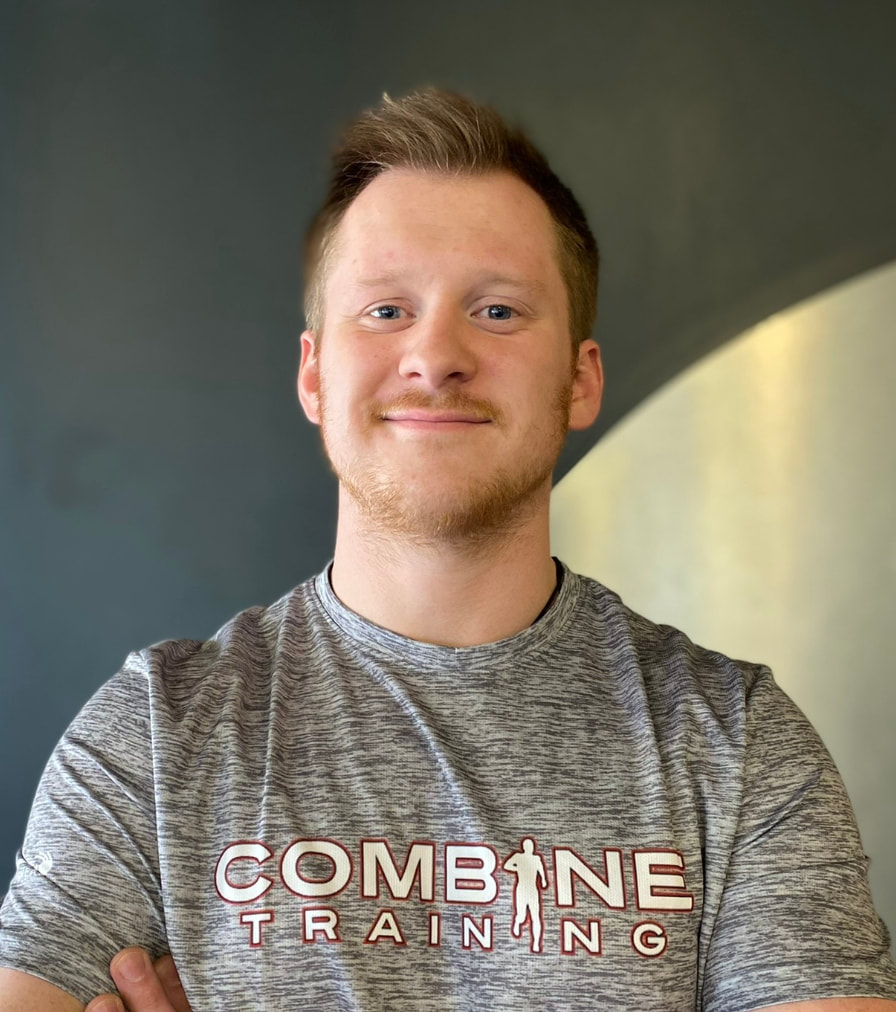 Spencer grew up in nearby New Canaan, CT, and showed a passion for sports early on. Hockey became his focus, playing varsity for New Canaan High and matriculating to the New England Prep School ranks at Northfield Mount Hermon. He won the 2015 EHL Junior A championship as a member of the CT Oilers. After graduating from the University of Colorado in 2020, Spencer returned East and began his career in the Strength and Conditioning field in Newtown, CT. He has worked with a diverse clientele including youth, high school, and collegiate athletes. Spencer hopes to continue to inspire the next generation of athletes to play harder, smarter, and healthier. Spencer received his Certified Strength and Conditioning Specialist Certification from the National Strength and Conditioning Association (NSCA) and holds both a CSTS and CES certification from International Sports Science Association. 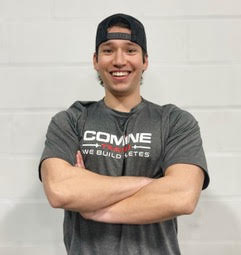 Dylan grew up in Norwalk, CT and played football and basketball for Trinity Catholic. He studied Exercise Science at The College of Charleston and worked as an Exercise Physiologist specializing in sports medicine. Dylan has been passionate about strength and conditioning his entire life and has coached multiple D1 and professional athletes throughout his career. Dylan works with athletes of all ages and hopes to inspire the next generation of athletes to work hard and perform to their maximum capacity. Dylan is currently working towards his CSCS and has future plans to obtain his doctorate in Exercise Physiology to ensure each one of his athletes reaches their true potential. 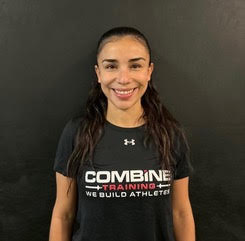 Diana is a first-generation college graduate with a Master and Bachelor of Science in Exercise Science and Nutrition from Sacred Heart University. In high school, she was on the soccer and track & field team where she developed a love for fitness, sports, exercise, and the science behind it all! She enjoys lifting, running, boxing, and playing volleyball and soccer recreationally. She received her Certified Strength and Conditioning Specialist Certification from the National Strength and Conditioning Association (NSCA). She wants to help athletes and people improve their fitness, performance and live a happy, healthy lifestyle. 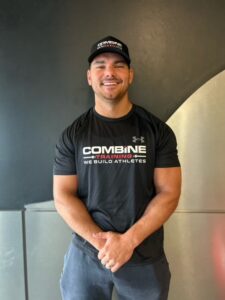 Brock grew up in Rutherford, NC, and played a variety of sports including football, baseball, and rugby. He continued to play baseball and rugby in college. He graduated from UNC-Charlotte with a Bachelor in Exercise Science with a concentration in Strength and Conditioning. Brock worked with various middle and high school teams in North Carolina, and the football staffs at the University of Wisconsin, North Dakota State University, and Southern University (LA). While an assistant at Manhattanville College, Brock oversaw the strength and conditioning for the men’s hockey, men’s lacrosse, men’s basketball, baseball, tennis, track & field, rugby, women’s soccer, and field hockey teams. He also worked with the football and basketball teams at Sacred Heart University.